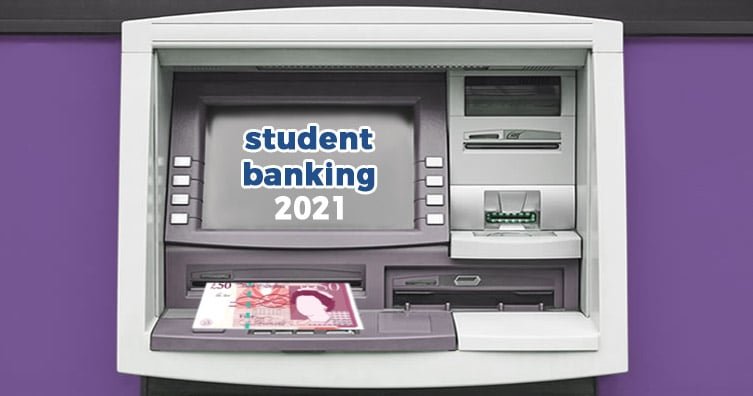 From students' views on banking, to how much (if ever) they use cash and how they really feel about BNPL services, our Student Banking Survey 2021 has some fascinating findings.

The results from our seventh annual Student Banking Survey are here, revealing all about how students' views and approaches to managing their money have changed over the past year.

With over 1,600 respondents, the survey provides an insight into how young people are handling their personal finances, particularly when it comes to which banks and financial services they trust with their money.

Read on to find out what we found…

What's in this report?

To find out more about students' money habits, see the findings from our latest National Student Money Survey for in-depth insights.

We'll go into more detail about the results shortly, but first, here's an overview of the key findings from this year's Student Banking Survey:

How do students choose a bank? For two in five students in the survey, their choice of student bank was based on which one they were already banking with. But, for nearly a third of respondents, freebies were a big incentive – which happens to be one reason why it's often advisable not to simply stick with your current bank.

When it comes to banking, staying loyal to a single bank rarely pays off, so we'd always recommend looking elsewhere to find the best deals.

Depending on a student's lifestyle, the freebies offered by some banks may be more useful to them than others.

For example, if a student travels by train, even if just a few times a year, a 16–25 railcard could help them save money. In this case, Santander could be a good choice for them as their student account comes with a free four-year railcard.

Or, if a student likes to go out for dinner as a treat, they may want to consider opening an account with NatWest or RBS who offer a tastecard with their student accounts.

We look into the most popular banks among students below.

As many as four in five respondents researched the best student bank account online, while just under two in five asked their parents for advice.

We strongly believe that effective money advice should be taught to young people before they leave school but, worryingly, only a very small proportion of students in the survey (3%) got banking advice from their school.

As we mentioned earlier, to get the best deal on their bank account, we definitely recommend students look into alternative options to access things like freebies.

However, despite the potential benefits, only 12% of students are thinking about switching bank accounts. This is down from 13% in 2020 and 17% in 2019, suggesting a slight drop year-on-year. It's very easy to switch banks, so we'd definitely recommend that students remain open to the possibility of changing accounts. Our step-by-step guide to switching bank accounts explains the process in detail.

What is the most popular bank among students?

When it comes to students' main bank, the one that's most commonly used among those in the survey is Santander (by a pretty big margin). Just over a quarter of respondents hold an account with them.

In fact, largely because of their generous freebie incentives and sizeable 0%-interest overdraft, we've placed Santander at the top of our list of the best bank accounts for students.

And, for the first time since we began running the Student Banking Surveys, a challenger bank has appeared in the top 10 list of banks.

With 2% of students saying they banked with Monzo, this may be a pretty small proportion compared to some of the traditional banks, but it's an interesting development – we may well continue to see a shift towards more students using app-based bank accounts in the coming years.

When we asked students to rate their banks, they were on the whole very positive – on average, students in the survey gave their bank a rating of 4.31 out of 5. As we've focused on banks that offer student-specific accounts in our infographic, Monzo hasn't been included. However, it's worth noting that it was rated very highly among users, getting an average score of 4.57 out of 5 (higher than all of the traditional banks' ratings that are listed above).

How often do students use cash?

Here's a breakdown of how often students say they're using cash in 2021, compared to 2020:

In previous banking surveys, we have noticed a general trend towards fewer students using cash, but the difference this year has been particularly marked.

The proportion of students in the survey who say they never use cash has doubled in the last year, up from 6% in 2020 to 12% this year. We expect the coronavirus pandemic to have contributed to the noticeable drop in students' use of cash. It is more hygienic to pay by contactless methods than to handle cash, so consumers have been actively encouraged to use less cash this year.

On top of this, the rise of the contactless spending limit from £30 to £45 in April 2020 has made cashless purchases easier than ever.

It's recently been suggested by Anne Boden, Founder and CEO of Starling Bank, that we could become a cashless society in just over a decade from now. Our banking surveys indicate that students are moving in this general direction.

When looking into student borrowing habits in our Student Banking Surveys, we focus largely on overdrafts – a form of borrowing that is generally offered with student bank accounts in the UK.

This year, we have also introduced a section in the survey on buy now, pay later payment services due to the recent growth in companies such as Klarna, Clearpay and Afterpay.

How overdrawn are students?

Among all students in the survey, only one in five said they were in their overdraft – this is the same as in 2020.

Most student bank accounts offer overdrafts without added interest or fees – these, when used carefully, should carry very little risk.

For a lot of students with interest- and fee-free overdrafts, they can be used safely as an emergency source of cash if they run out of money before their next loan instalment.

However, when we started to break down the stats among students with overdrafts, there were some quite concerning findings…

Students in their overdraft Worryingly, among students in the survey who use an overdraft, almost a quarter have hit their limit at some point.

On top of this, 45% of those with an overdraft said they don't know when they need to repay it. It's alarming that so many seem unaware of the full T&Cs of their overdraft, and this figure has increased from 41% who had said the same in our 2020 banking survey.

To ensure students stay on top of their borrowing, it's essential that they're well informed about the best ways to use their overdrafts, along with how and when they need to pay them back.

Our full guide to using and paying off a student overdraft covers the key things to know.

How many students use buy now, pay later services?

Over the last few years, buy now, pay later (BNPL) services have seen a pretty big rise in media attention – particularly regarding the recent news that the interest-free BNPL credit services will start to be regulated by the FCA.

A minority of students in the survey said they use BNPL sites, with 5% using them often and 14% using them sometimes. The comments about BNPL in our survey were very mixed – some expressed having positive experiences with them, while others described them as "risky" or even "dangerous".

Here are some comments about BNPL sites from students in the banking survey:

We have concerns about BNPL services and would advise students to do thorough research into the risks before using them to make purchases. Find out more in our guide, 'Klarna reviewed: Is 'buy now, pay later' safe?'.

How many students have Lifetime ISAs (LISAs)?

Lifetime ISAs (LISAs) are similar to Help to Buy ISAs, which stopped being available to new customers in 2019.

People with LISAs can receive a generous annual bonus from the government of 25%, up to £1,000, on top of what they save each year, making them effective ways to save for the future.

They are intended for lifetime investments, and can only be used if you're buying your first home, if you're over the age of 60, or if you are terminally ill with less than 12 months to live.

With such a large annual bonus, it's surprising how few students are using them.

In our banking survey, 35% of students said they didn't know what a LISA is and only 15% said they have one.

For more information about these savings schemes and to see which LISA accounts are best for students, see our full guide to Lifetime ISAs.

About the Student Banking Survey 2021